Connecting a Lavalier Microphone to a Recording Device

Once you have your lavalier mounted and positioned nicely, the next step is connecting it to your recording device. There are two things to consider here: what kind of device you are plugging it into and whether you need to connect wirelessly or not. This will determine what kind of equipment you need.

If you are connecting your mic to a smartphone or tablet, you will need a microphone with a compatible connector – the LENSGO. This has a TRRS jack, which is the same connector found in most computers and mobile devices meaning you can plug it straight in without the need for an adaptor. Simply insert the mic into your device’s headphone port, select it as your input and output device in your audio settings or your recording software and you’re ready to record.

This is a good option for vlogging, recording a tutorial, or any video where you are seated in front of the camera. If the cable on the smartLav+ isn’t quite long enough to reach your device, or you need some extra leeway to move around, you can use a LESGO extension cable.

If you are recording into a DLSR, mirrorless or compact camera, or an audio device like a portable recorder, you will need a lavalier mic with a TRS jack, such as the LENSGO Lavalier .

If you need space to move around when recording with a lavalier mic, such as if you’re filming a tutorial or presentation, or you simply do not to be tethered to your recording device, using a wireless system is the way to go. There are a number of options in the LENSGO range, but for a compact, affordable and easy-to-use solution, the  348C is perfect.

Wireless systems are comprised of two main components: a transmitter pack, which is attached to the subject and captures and transmits the audio, and a receiver pack, which plugs into the recording device and receives the audio from the transmitter wirelessly.

The 348C is a unique microphone in that it features a capsule built into the transmitter pack, meaning you don’t need to use wired lavalier mic – just clip the transmitter onto your chest as you would a normal lavalier. Of course, if you prefer using a standard lavalier mic, there is an input for this too. This is a TRS input, so you need a lavalier with a TRS jack. The 348C is the perfect option.

Once you have your lavalier set up, simply plug the receiver into your camera using the supplied patch cable and you’re ready to go. 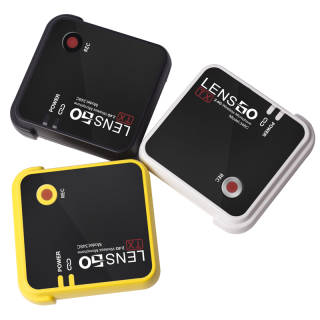 Previous page ：How to Use a Lavalier Mic

What is a wireless mic system?

What Kind of Experience is a Professional Computer Mini Shotgun Microphone?